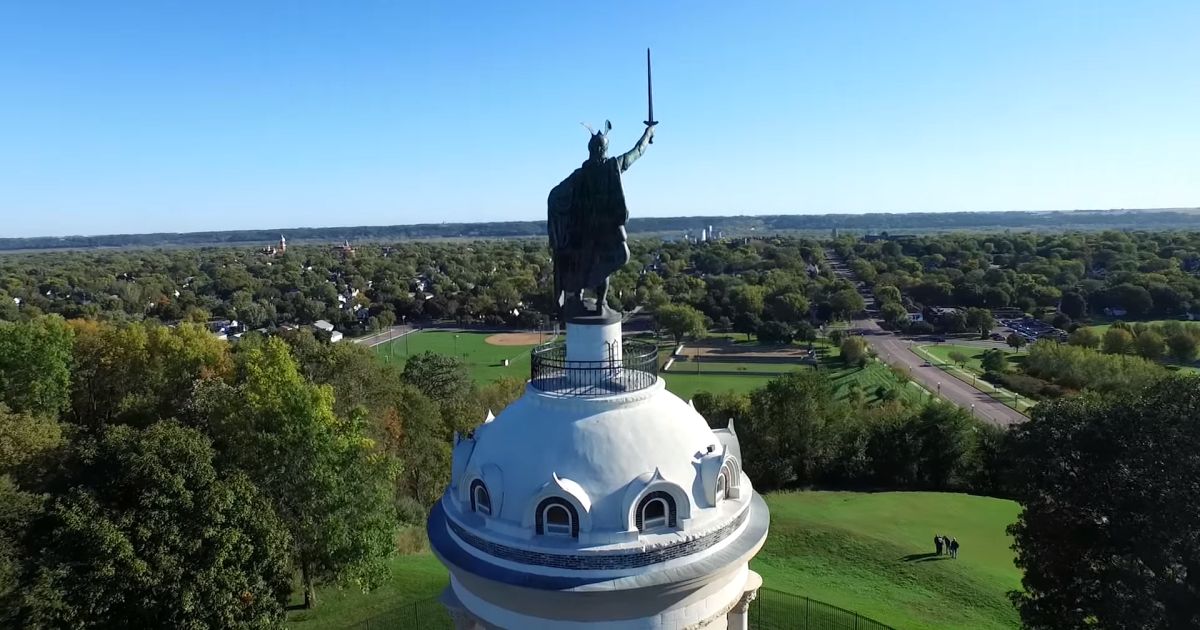 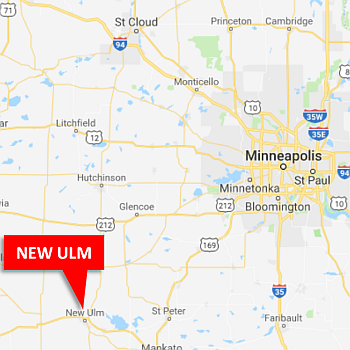 New Ulm is well worth a visit for anyone interested in America’s German heritage. Located an hour and a half drive southwest of Minneapolis this town of about fourteen thousand is attractively located at the confluence of the Minnesota and Cottonwood rivers.

In 1854, the Chicago Landverein (Land Association), which had been founded the year before, established the settlement. Since many came from the area near Ulm in Württemberg, Germany, they named the place New Ulm – both are now sister cities.

More Germans came to the area with the Turner Settlement Society of Cincinnati. It acquired the land and united both organizations as the German Land Association in 1857, the year that New Ulm was incorporated. Both had the goal of establishing a German town on the frontier. Today, the population is predominantly of German ancestry and the German heritage is readily apparent.

In 1862, the town withstood attack during the Dakota Uprising in Minnesota, an event whose 150th anniversary will be commemorated this coming year. A historical marker honors Capt. Jacob Nix, a 48er, who organized the town’s defense for the first battle there. Overlooking the town is the majestic Hermann Monument that was dedicated in 1897 and was modeled after the Hermann Monument in Detmold, Germany. In 2000, the U.S. Congress declared it “a national symbol of contributions of Americans of German heritage, “A kiosk near the Hermann Monument lists “Famous German-Americans: Immigrants and Descendants of Immigrants from the German-speaking Countries of Europe.”

At the Martin Luther College there is another impressive monument – a statue of Martin Luther. These are not the only monuments in New Ulm. The German-Bohemian Heritage Monument in German Park honors the many German-Bohemians who settled in New Ulm and the surrounding area. Also well worth seeing is the Way of the Cross with a statue of Father Alexander Berghold who wrote the history of the Dakota Uprising. And the Cathedral of the Holy Trinity was beautifully decorated by German-American artists of the area.

Turner Hall features an historic Rathskeller with a menu of American and German entrees, as do other restaurants in New Ulm, such as the Kaiserhoff. The Holiday Inn also features an American/German menu and like many places in town has German décor. In addition to the inn, there are also a number of bed and breakfast places in New Ulm.

Located downtown, the 45-foot tall Glockenspiel’s bells can be heard chiming throughout the day and playing programmed pieces at noon, 3 PM. and 5 PM. The Glockenspiel houses 37 bells with a total weight of more than two tons. Twelve figurines depicting characters from the city’s history, rotate on a circulating stage during performances.

Several gift shops provide an array of interesting items. And, there is a good selection of books at Sven and Ole’s Books on North Minnesota Street. The New Ulm Public Library also has a German Heritage Book Collection. Historical displays and information are available at the Brown County Historical Society.

The B&L Bar on North Minnesota Street, which dates from 1897, offers a good place to enjoy some of the fine brews of New Ulm’s Schell’s Brewing Co., which was established in 1860. Schell’s Fire Brick, for example, is described as “a refreshing all-malt lager with an amber-red hue.” A tour of the brewery is also an item to add to your itinerary when in New Ulm.