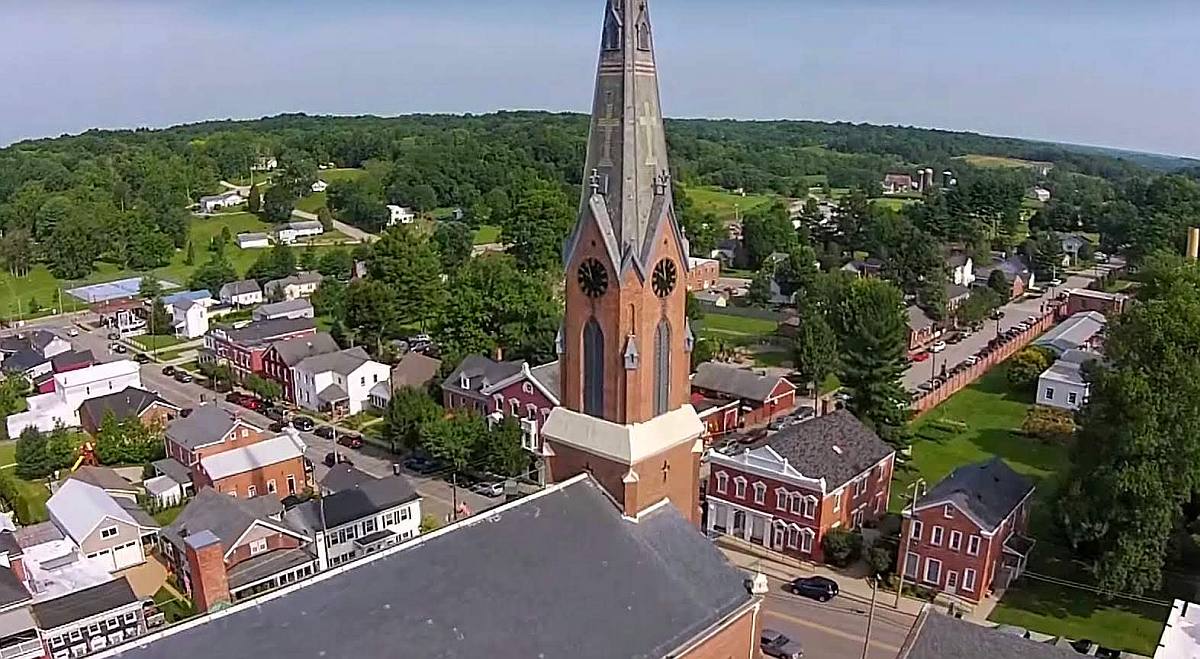 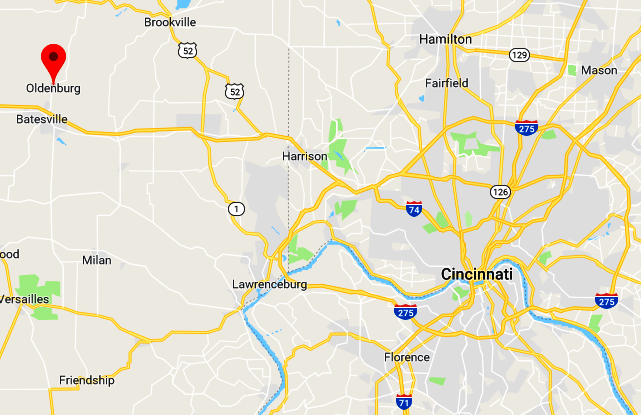 Oldenburg is a quaint little town located in the southeast corner of Indiana in Franklin County, with a population of about seven hundred. Driving into town the visitor finds German/English signs at each intersection, and from there it only gets better. Oldenburg is not set up as a tourist site, but has the touch of authenticity reminiscent of the original settlers from northwest Germany.

Founded in 1837 by Johann Heinrich Ronnebaum and Heinrich Plaspohl from the Oldenburger Münsterland (parish of Damme), the town attracted many immigrants from their homeland, giving Oldenburg a distinctive north German Catholic flavor and character. Like German hometowns, Oldenburg’s horizon is defined by its towering church-related structures, causing it to be known as “the village of spires.” 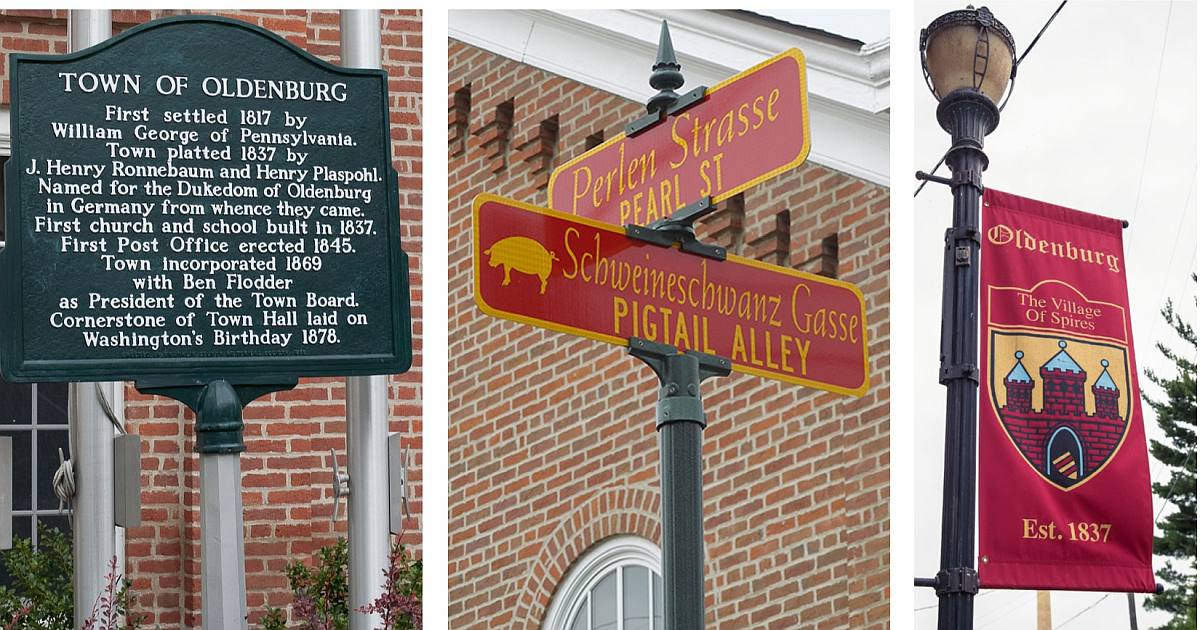 Built in 1862, the Gothic Revival style, Holy Family Church forms the nucleus of Oldenburg and is adorned with beautiful stained-glass windows. Father Franz Joseph Rudolf, who became pastor in Oldenburg in 1844, is buried in a crypt in the church, and is considered a real father figure of the town.

Mother Theresa Hackelmeier, who was invited by Father Rudolf to come to Oldenburg, established the Convent there. In 1899/1901, the main building of the Convent and the wellknown Academy of the Immaculate Conception were built in the Romanesque architectural style. The Convent Chapel, which was built in 1889/90, features stained-glass windows from Munich.

Additionally, there is the Franciscan Monastery, which was built in 1894, and is located on Perlenstrasse, whereas the other church buildings are on Hauptstrasse. In the Holy Family Church cemetery many of the stone and iron grave markers bear German inscriptions.

A drive through Oldenburg reveals that the residential architecture is as impressive as that of its religious institutions. Brick and stone houses, many of them built before 1900, adorn the town, often combining home and shop together. In 1983, Oldenburg was not surprisingly added to the National Register of Historic Places. In 1863, Morgan’s Raiders, led by General John Hunt Morgan, came through area, providing interesting anecdotes to places where the Confederate soldiers drank beer, or had their horses shod.

After touring the town, visitors will obviously want to look for some refreshment. The Brau Haus, which features German and American brews and items on its menu, is especially well known for its fried chicken. Another good place to whet your thirst and satisfy your hunger is at the Perlen Strasse Pub. And if your taste runs in the direction of a good cup of coffee there also is the Kessing Haus Café

The major festival event of the year is Freudenfest, which takes place on a Friday and Saturday in the third week of July. Advertised as “the biggest little German festival in Indiana” Freudenfest offers German and domestic beverages, German and American food, all accompanied by German bands and dancing performances.

For those traveling to the area, a good place to stay is at the Sherman House Restaurant & Inn in the nearby town of Batesville, which is located south of Oldenburg. It opened before the Civil War, but was renamed in honor of General Sherman for his contributions to winning the War Between the States. In 1953, the Old Vienna Café was added and several German items can be found on the menu.

Another good place to stop by in Batesville is Schmidt’s Bakery, where you can pick up some bread and pastries for sandwiches and your next coffee break, as you get back on the road to your next destination, having enjoyed the genuinely German-American Gemütlichkeit of southeastern Indiana.