GAMHOF wishes Dr. Ruth a happy 91st birthday,
and hopes for many more to come. 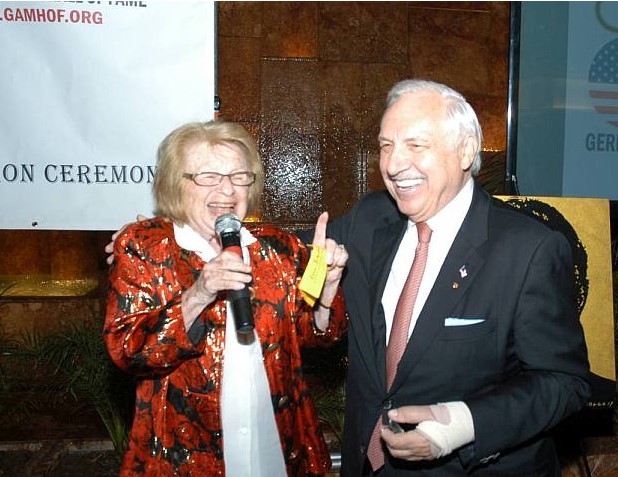 Newsday’s special “50-Plus” section devoted an interview with and essays about Dr. Ruth Westheimer, an inductee into the German-American Hall of Fame (GAMHOF) in 2017.  Newsday noted that Dr. Westheimer was celebrating her 91st birthday on Long Island, in the Cinema Arts Centre in Huntington, NY.

The article noted that guests lined up to meet Dr. Ruth, as she signed copies of her book, The Doctor is In:  Dr. Ruth on Love, Life, and Joie de Vivre.

Dr. Ruth spoke about her formative years in Germany as Karola Ruth Siegel, her escape from Nazism into Switzerland, her service as a sniper in Israel’s war for independence, her move to New York City’s Washington Heights, and how she came to be known on radio and television as America’s best-known sex therapist.  GAMHOF wishes Dr. Ruth a happy 91st birthday, and hopes for many more to come.