Covington is in northern Kentucky in Kenton County on the banks of the Ohio River directly across from Cincinnati, Ohio. Founded in 1815, it was named for General Leonard Covington, who served in frontier wars and in the War of 1812. His father was from the Upper Alsace in the vicinity of Neu-Breisach. When Covington was formed in 1815, it was decided to name the town for General Covington who was killed at the Battle of Chrysler’s Field in 1813. So the new town was named for a U.S. military hero of Alsatian descent whose name originally was spelled Kurfingthan.

In the course of the 19th century, Covington received wave upon wave of German immigrants, mostly coming from northwestern Germany. Today, approximately half of the population of Kenton County is of German descent. The oldest German society in Covington is the Turner Society founded in 1855 whose hall was built in 1877.

Another important society was the German Pioneer Society of Covington. In a history it published in 1902, it said: “Covington’s Germans have participated in the development of the city in outstanding ways. Even today they still lead great business enterprises…As public officials, Germans also enjoy the confidence of their fellow citizens and German honesty and uprightness are still proverbial today.

In the 1970s, it was decided to develop a German-style village in Covington to preserve the historic buildings in the area. The “Rhineland of America” was chosen as the theme for the district, as Covington is on the banks of the Ohio River. The historic district was named “MainStrasse Village” in honor of its location along Main Street and features many points of interest relating to German heritage. 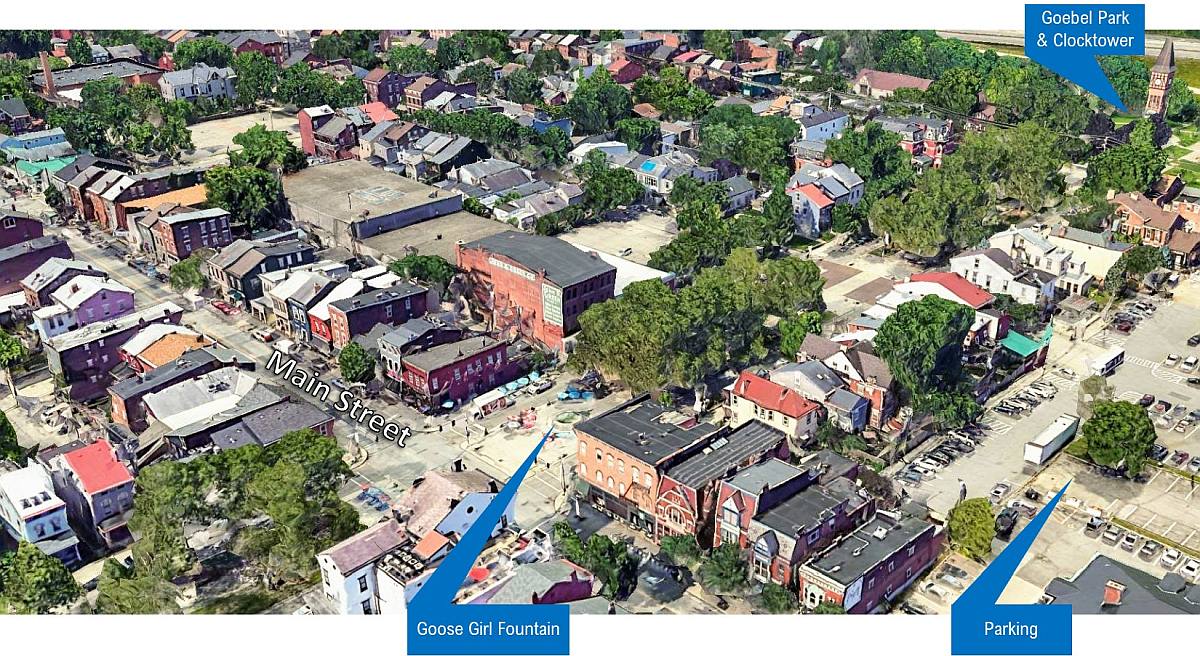 In 1979 a beautiful German Gothic Glockenspiel was dedicated in Goebel Park, named in honor of William Goebel of Covington, who became governor of Kentucky in 1900. The park has several historic markers of famous locals, such as movie star Una Merkel.

German-style festivals in the Village include Maifest and Oktoberfest. German themed restaurants can be found in the Village, such as Wertheim’s Restaurant and the Strasse Haus. Gift shops also abound. Many shops have German names and during festival time, U.S. and German flags fly from the lampposts.

Other points of interest include the Mother of God Church/Mutter Gottes Kirche, built in the beautiful Gothic style by the German Catholics of Covington. Its glass windows were imported from Munich in 1890. The church was built with the support of funds from the Leopoldine Mission of Vienna.

Another beautiful church is the German Gothic-style St. John the Evangelist Church, which is on the national register of historic places.

The Bavarian Brewing Company building looks like a Bavarian castle and was built in the 19th century. Although no longer in operation, it was the largest brewery in Kentucky before Prohibition and is located near Turner Hall. Also nearby is Covington’s newest German restaurant “Wunderbar” which serves a great menu of homemade breads, rolls, sausages, etc.

The major landmark in Covington is the John A. Roebling Suspension Bridge on the Ohio River that connects Covington and Cincinnati. Dedicated in 1867, it is considered Roebling’s model for the Brooklyn Bridge, and was placed on the national register of historic places in 1975. 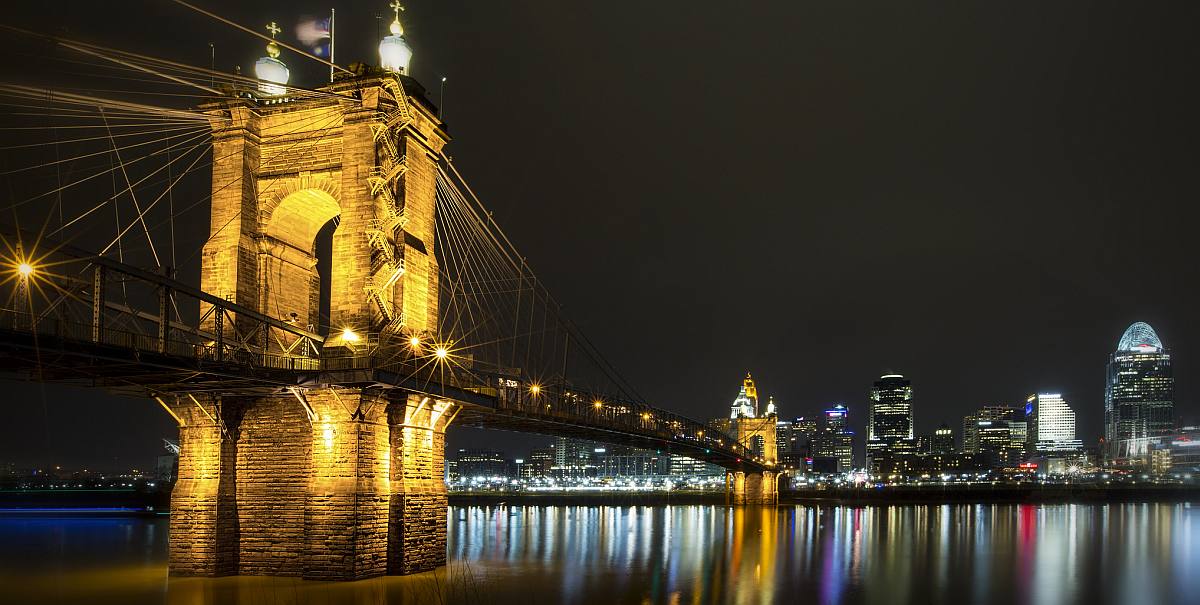 There are several hotels and bed and breakfasts in the area, making Covington a great place to visit and enjoy the historic sites it has to offer, as well as its Gemütlichkeit!