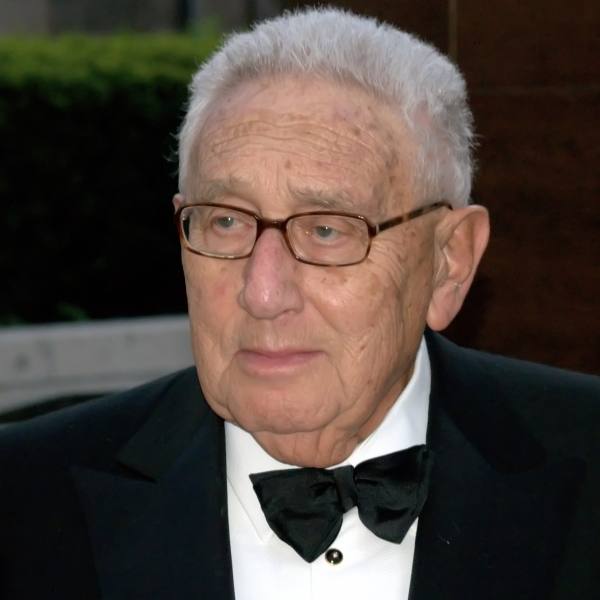 Henry Alfred Kissinger was born on May 27, 1923 in Fürth, Bavaria, Germany during the Weimar Republic as Heinz Alfred Kissinger. His father, Louis Kissinger (1887-1982), was a schoolteacher. His mother, Paula (Stern) Kissinger (1901-1998), was a homemaker. In 1938, fleeing Nazi persecution, his family moved to London, England, before arriving in New York on September 5.

In 1968 President Nixon made Kissinger National Security Advisor. From 1973 to 1977 was the 56th United States Secretary of State. He left office when Democrat Jimmy Carter became President in 1977. A proponent of “Realpolitik” Kissinger played a prominent tole in United States foreign policy between 1969 and 1977. Kissinger continued to participate in policy groups, such as the Trilateral Commission and to maintain political consulting, speaking, and writing engagements. He is the founder and chairman of Kissinger Associated, an international consulting firm. 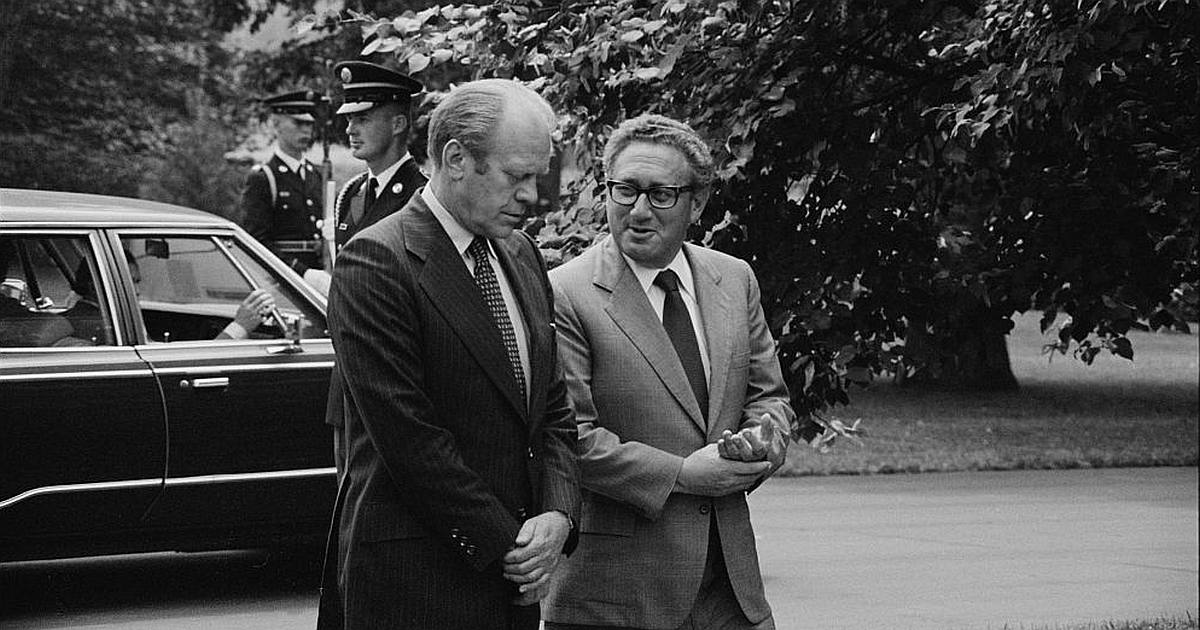 (Library of Congress Photo) President Gerald Ford and Secretary of State Henry Kissinger, conversing, on the grounds of the White House