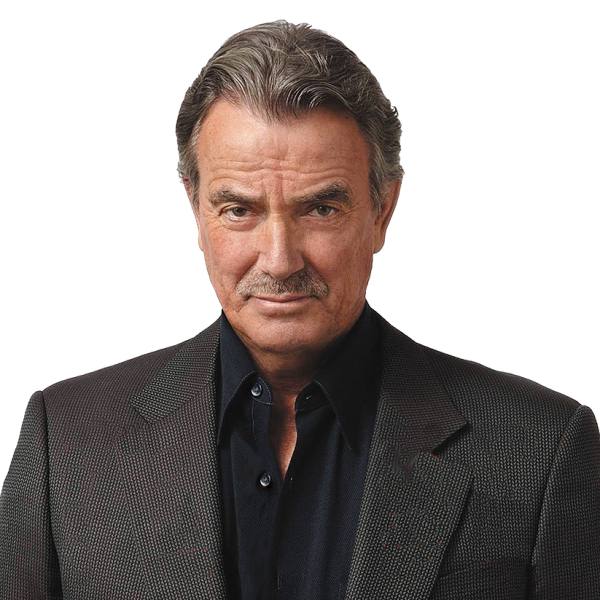 Eric Braeden is the Internationally-acclaimed, Emmy Award-winning and People’s Choice Award-winning film and television actor. He is a television icon and arguably the most popular character in daytime history. For over 37 plus years, he has portrayed “Victor Newman” on the #1 rated daytime drama series The Young and the Restless, which has over 120,000,000 daily viewers around the world. The show is syndicated in over 30 foreign countries. Braeden recently wrote his critically acclaimed autobiography I’ll Be Damned: How My Young and Restless Life Led Me to America’s #1 Daytime Drama from HarperCollins, which appeared on the Publishers Weekly and Canadian bestseller list.

Additionally, according to A.C. Nielsen, Braeden has one of the highest “TVQ’s” on television, and is one of the most recognized actors in the world. On July 20, 2007, he was the recipient of a star on The Hollywood Walk Of Fame and become the first German born actor since Marlene Dietrich to receive such an honor.

Braeden was born Hans-Jorg Gudegast in Kiel, Germany, on the Baltic Sea. The third of four sons, his childhood was at times grim. Salvation, however, came through athletics. In high school, he helped his team win the National German Youth Championship, with his own victories in the discus, javelin and shot-put.

Upon graduating high school, Braeden decided to leave his home for the potential he felt existed in America.

After arriving in New York, Braeden traveled to Galveston, Texas where he worked for his cousin Dr. Maren Bakker at The University of Texas medical school lab before moving to Missoula, Montana, where he received a track and field scholarship at The University of Montana. He went on to conquer the River of No Return (aka The Salmon River) in Idaho and made a documentary of his journey, The Riverbusters, prior to moving to Los Angeles.

Braeden went to LA to find a distributor for his film, fell in love with the city and started his acting career, working first in television, the stage and movies. After finishing his work as Capt. Hans Dietrich on the World War II series The Rat Patrol from 1966-68 opposite Christopher George, where he added depth and dimension to a stereotypically-written German Afrika Korps officer, Braeden landed the starring role in Universal’s Colossus: The Forbin Project, with Susan Clark, making him the first German actor to play an American in a major Hollywood film. The studio, however pressed Braeden, then still using his given name (Hans Gudegast) to change it.

In January 1980, Braeden made a decision that would forever impact his professional life. He took the role of Victor Newman on CBS’s The Young and the Restless. After so many years of walking in Victor Newman’s shoes, Braeden admits that there is much of himself in his alter ego.

Braeden has appeared in over 120 television series and feature films, including the role of John Jacob Astor in James Cameron’s epic Academy Award winner, Titanic.

Braeden’s other credits include starring in 100 Rifles, Morituri, Escape From the Planet Of The Apes, Operation Eichmann, The Ultimate Chase, The Ultimate Thrill, Herbie Goes To Monte Carlo, Meet The Deedles, Dayton’s Devils and many others.

In 2008, Braeden executive-produced and starred opposite Billy Zane, Armand Assante, George Kennedy, Sean Young and Carol Alt in the Lionsgate feature film The Man Who Came Back, a western set in the 1870’s during one of the worst labor strikes in American History.

Braeden’s numerous primetime series credits include guest-starring on the CBS series How I Met Your Mother as the father of actress Cobie Smulders, as well as the telefilms Jackie Collins’ Lucky Chances, The Judge And Jake Wyler starring Bette Davis, How The West Was Wonstarring James Arness, and Perry Mason: The Case Of The Wicked Wives.

In addition, he has guest-starred on such shows as Gunsmoke, The Mary Tyler Moore Show, Combat!, Diagnosis Murder, The Nanny, Mission Impossible, McCloud, The Night Stalker, The Man From U.N.C.L.E., Vegas, The Six Million Dollar Man, Hawaii 5-0, Perry Mason, Mannix, Murder She Wrote, Matt Helm, The Gallant Men and many others.

In 1972-73 he won the U.S. National Soccer Championship for the Los Angeles Maccabees and, in 1989, Braeden was chosen as the only actor on the newly formed German American Advisory Board. The illustrious group has included Dr. Henry Kissinger, Katherine Graham, Alexander Haig and Paul Volcker.

In 1995, Braeden received the highest honor in Italian Television from Prime Minister Berlusconi and in 1998 was honored at the 38th Annual Monte Carlo TV Festival.

In 2004, Braeden joined Prime Minister Ariel Sharon at the Annual Tourism Conference in Israel and the following year he joined Ariel Sharon, Elie Wiesel and the Prime Ministers of Poland and Hungary at Auschwitz for “The March Of The Living” along with 20,000 Christians and Jews, where the former director of The Anti-Defamation League, Abe Foxman, asked Braeden to light a commemorative flame.

Braeden has twice received the Federal Medal Of Honor by the President of Germany for his contributions to German-American Relations.

In May 2007, he was honored with a Lifetime Achievement Award from the nationally renowned Pacific Pioneer Broadcasters Association in Los Angeles, and was also the recipient of The 2007 Ellis Island Federal Medal Of Honor.

In September 2008, Braeden was honored by the City Of Hamburg for his humanitarian contributions.

He resides in Los Angeles, and is married to Dale Suzanne Gudegast and have a son, Christian Gudegast, who is a screenwriter and director.