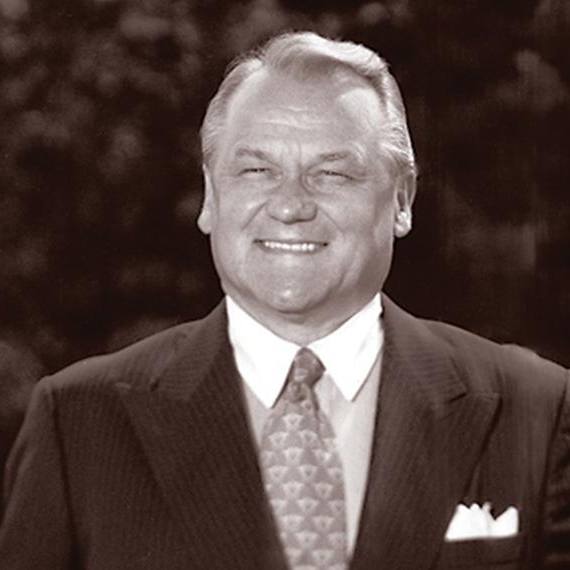 Heinz Prechter (January 19, 1942-July 6, 2001) a German born entrepreneur who founded the American Sunroof Company (ASC) was a quintessential entrepreneur, legendary visionary, community leader and philanthropist. He was a close friend and avid fundraiser for the Bush family.

Mr. Prechter began his automotive career at the age of 13 as an apprentice in automotive trim, tool and die making and coach and body building. During his studies, Mr. Prechter gained a wide range of practical experience working for a number of German companies.

In 1963, he came to the U.S. as an exchange student. While studying Business Administration and English at San Francisco State College he began installing sunroofs – then a virtually unknown product in the U.S. In 1965, with spending $764 on tools, a workbench from an old door covered with aluminum and a sewing machine from a junkyard, Prechter founded the American Sunroof Company (ASC) in Los Angeles. ASC developed into a supplier of highly engineered and designer sunroof systems, bidy systems and other specialty-vehicle systems for the world’s automakers.

Now headquartered in Southgate, Michigan, the company employs approximately 1,000 employees at facilities throughout the U.S. In addition to ASC, Prechter founded Heritage Network, Inc. a group of Michigan companies involved in the transportation, hospitality and communications industries. Prechter died unexpectedly on July 6, 2001 at the age of 59. Heinz Prechter was recognized for his entrepreneurial accomplishments, broad community involvement and political achievements.