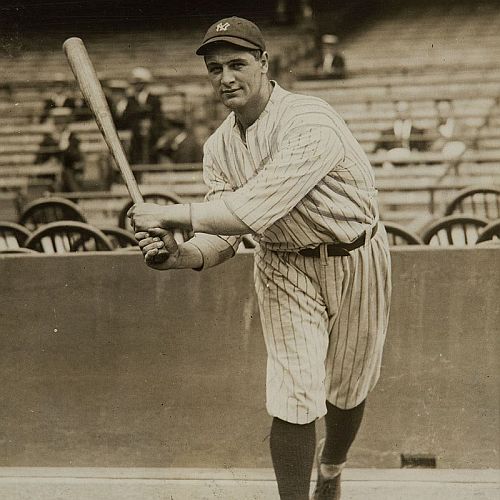 Lou Gehrig was born in Manhattan in 1903 to German immigrants Heinrich and Christina Gehrig. Henry Louis (“Heinrich Ludwig”) Gehrig entered Columbia College, but despite impressive academic work, his strength and baseball skill could not be overlooked. In a championship high school game, Gehrig hit a ball out of Wrigley Field in Chicago, an incredible feat for a 17 year old.

Once given the chance to play first base for the New York Yankees, Lou Gehrig appeared in an amazing 2,130 consecutive games without taking a break. This record is more impressive than today’s consecutive game streaks, since the relatively poor condition of baseball fields and equipment during Gehrig’s era provided many more chances for injury. Gehrig maintained the consecutive game streak despite broken bones in his feet and hands. X-rays revealed as many as 17 fractures in his hand.

Lou Gehrig won the American League’s Most Valuable Player award twice and still holds the league’s single-season record for runs batted in with 184. He remains the only baseball player to amass over 400 total bases in five separate seasons, and his record of 509 runs batted in over three seasons remains the record today. Gehrig played in a shorter 154 game season today’s 162 game schedule.

Even many baseball fans are surprised to learn that, despite his powerful physique, Lou Gehrig stole home 15 times in his career.

Teamed with fellow German-American Hall of Fame inductee Babe Ruth and later Joe DiMaggio, Gehrig was the heart of the feared “Murderers’ Row” lineup. He is reputed to have spoken German in the Yankee dugout with Babe Ruth.

At age 36, Lou Gehrig’s amazing consecutive game streak finally came to an end when it became clear he was having physical problems. He was diagnosed with Amyotrophic Lateral Sclerosis, a cruel and fatal disease that is better known today as, simply, “Lou Gehrig’s Disease.”

Retiring from baseball on July 4, 1939, Gehrig gave perhaps the most memorable speech in the history of sports, declaring: “I consider myself to be the luckiest man on the face of the earth.”

He died in 1941 at age 38, but many of his batting records are still intact today. Gehrig’s all-time total of 23 grand slam homeruns was only bested recently by fellow Yankee Alex Rodriguez.

In 1969, the Baseball Writers Association voted Lou Gehrig the “greatest first baseman” of all-time. In 1999, with millions of Americans voting for the “Team of the (20th) Century,” Gehrig was the single highest vote-getter on this team, which was presented at the 2000 All-Star Game. This is an amazing tribute, considering that most fans voting were born well after Gehrig’s death. 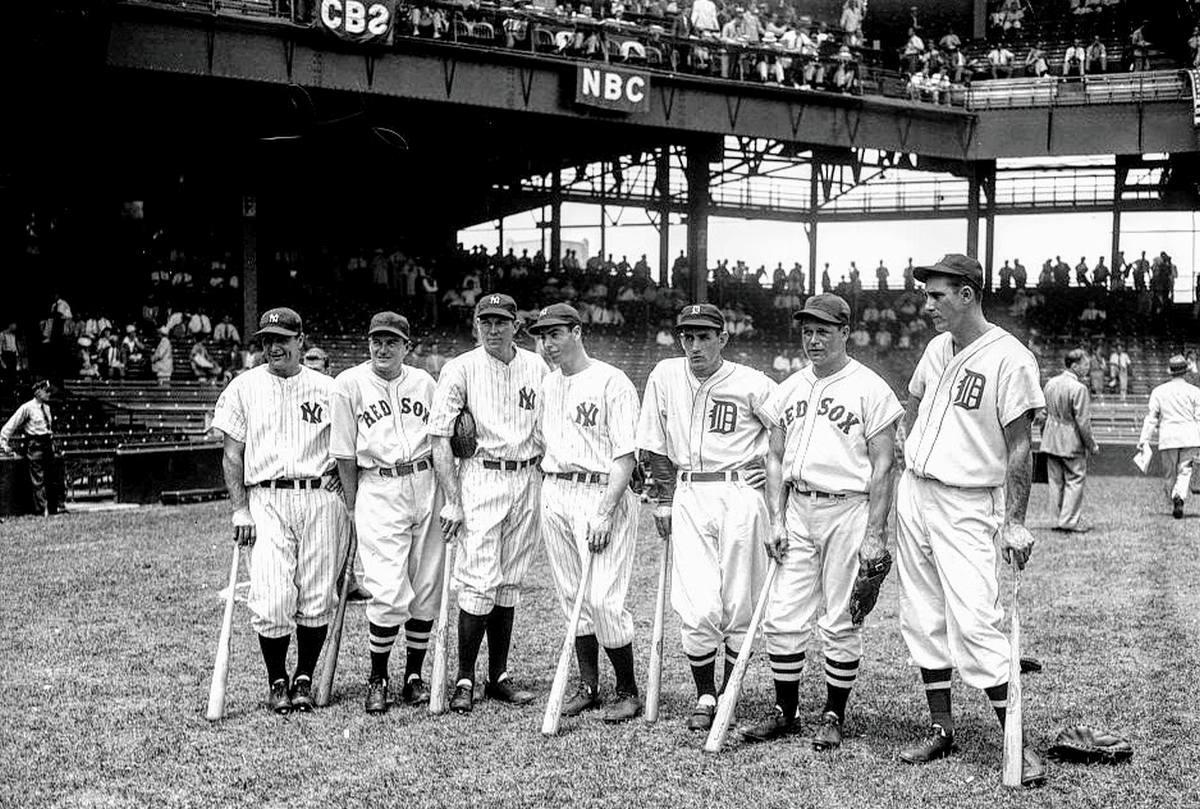