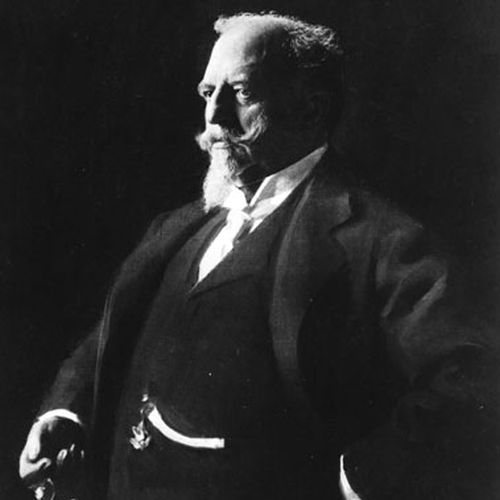 Adolphus Busch was born July 10, 1839 in Kastel (near Mainz, Hesse), Germany. He was second-to-youngest of twenty-two children of Ulrich Busch and Barbara Pfeiffer Busch.

In 1857, Adolphus Bush emigrated to the United States with no plans, no destination, and nothing but his own ambition and abilities. Three of his brothers had already headed for St. Louis, Missouri. His brother John had opened his own brewery in nearby Washington, Missouri.

Young Adolphus joined Ernst Wattenberg to sell equipment and supplies to breweries. This venture led him to forge several strategic partnerships. Most important, he met his future bride, Lily Anheuser. At the same time, his brother Ulrich became enamored with her older sister, Anna.

Their father, Eberhard Anheuser, a skilled St. Louis soap and candle-maker, had recently purchased the failing Bavarian Brewery in St. Louis. He reopened the brewery as E. Anheuser & Co.

On March 7, 1861, the Anheuser-Busch interests were formally joined, both professionally and matrimonially. Eberhard Anheuser escorted both daughters down the aisle in double nuptials to the two Busch brothers. At the time, Busch was working for Anheuser as a salesman. (The future malt mogul and his brother married his boss’ daughters.)

Eventually, Busch and Anheuser became partners and equals. It was the perfect match. Busch was the consummate marketer, and Anheuser was a skilled manufacturer. Working for his father-in-law, Busch developed pasteurization of beer and began marketing the Budweiser brand, which was named after Bmische Budweis, a town in his homeland of Germany. In 1876, Busch enlisted the help of his friend Carl Conrad (a liquor bottler) to develop this Bohemian-style pilsner beer.A fierce rivalry developed between Anheuser-Busch’s Budweiser beer and an old Czech brand from Budejovice. Since the 16th Century, the Czechs had called their product “The Beer of Kings,” so Busch began marketing his as “The King of Beers.”

By 1879, Busch was president of the Anheuuser-Busch Brewing Association. He held this position for more than 30 years.

His extravagant spending and elaborate lifestyle have become American folklore. Busch owned an expansive St. Louis manor, plus two palatial homes near Pasadena, California. He also had a country estate and a hops farm near Cooperstown, New York (not far from the Baseball Hall of Fame), two country villas in Germany, and his own private railroad car. His landscaping was famous for its fairy tale figurines, as Busch was a fan of the famed Grimm Brothers.

In 1911, when Adolphus and Lily marked their 50th wedding anniversary, he presented his queenly with a diamond tiara. U.S. President Theodore Roosevelt, the emperor of Germany, and other world leaders sent lavish gifts as well.

He died October 10, 1913 near Langenschwalbach, Germany. His son August took the reins of the company until his death in 1934. The company has been headed by a family succession ever since.

Incidentally, the famous Anheuser-Busch Clydesdale horses did not join the clan until after his death. In 1933, at the end of Prohibition, a team of Clydesdales were hitched up to pull the first load of legal beer from the St. Louis brewery. Company President August Busch (Adolphus’ son) was so taken by the sight that the horses became a favorite company trademark.