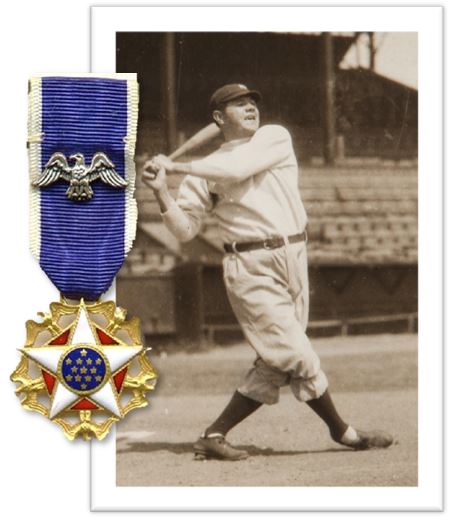 “We have always been proud that the best known and perhaps best performing baseball player of all time was a German-American,” said Hetzler. “The Babe was an obvious choice for the GAMHOF.”

“We salute Linda Ruth Tosetti, the Babe’s granddaughter, for her perseverance in writing five presidents seeking the Medal of Freedom for her grandfather.”

“When we inducted master builder, TV star personality and private citizen Donald Trump into the GAMHOF, we had no idea he would run for president or any other elective office,” added Mr. Hetzler

Both George Herman “Babe” Ruth and then-private citizen Donald J. Trump were inducted in to the German-American Hall of Fame in 2008, with the awards being presented in 2010.

The awards ceremony took place on November 16, 2018 and the video can be played on this C-SPAN page