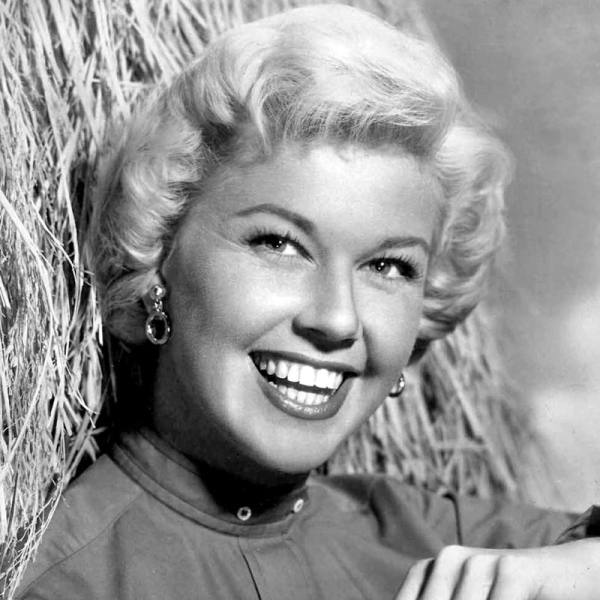 Born Doris Mary Ann Kappelhoff in 1922 in suburban Cincinnati, Ohio, the granddaughter of German immigrants, Doris Day is one of the world’s most iconic and beloved actresses, singers and animal welfare advocates.

During the course of two decades, from the late 40’s through the late 60’s, she starred in 39 films opposite Hollywood’s most popular leading men, including Jack Carson in “Romance on the High Seas” (her first film), Ronald Reagan in “The Winning Team,” Frank Sinatra in “Young at Heart,” James Cagney in “Love Me or Leave Me,” Clark Gable in “Teacher’s Pet,” James Garner in “The Thrill of It All,” and of course, Rock Hudson in “Pillow Talk,” for which she was nominated for an Academy Award. To this day, she remains the Number One Female Box Office Star.

When she wasn’t appearing in films, Doris was recording hundreds of songs, including such popular hits as “Sentimental Journey,” “It’s Magic,” and Academy Award winners, “Secret Love,” from one of her most popular films, “Calamity Jane,” and “Que Sera Sera,” her signature song from Alfred Hitchcock’s, “The Man Who Knew Too Much.”

In more recent years, Doris’ focus had been on animal welfare work through her Doris Day Animal Foundation, which she founded in 1978, and the Doris Day Animal League (formed in 1995)—both of which continue to thrive in their work to help animals and the people who love them. As founder of “Spay Day USA” (now “World Spay Day”) and countless other programs, she is not only a beloved legend of the entertainment industry, but a respected humanitarian throughout the world.