On October 15th, 2014, the German-American Hall of Fame (GAMHOF) celebrated its most successful Induction Ceremony and reception to date. The event took place in New York’s famed and glamorous Trump Tower, owned by GAMHOF inductee Donald Trump and his family.

Hundreds of friends of GAMHOF in attendance were treated to a visit by former Governor of New York George Pataki early in the evening. The Governor praised the efforts of GAMHOF and he noted the great contributions to the Republican Governors Association by inductee Heinz Prechter. The Governor also thanked GAMHOF Founder and Board Chairman Bill Hetzler for contributions to his administration as a member of the Governor’s staff. Emceeing the event once again was Emmy Winning TV and Radio Host Rita Cosby. The Hon. Kai Henning, German Deputy Consul General brought the Greetings of the German Government. The Entertainment for the evening was provided by Award Winning Singer and Songwriter Tomaczek Bednarek, received by all with great applause. 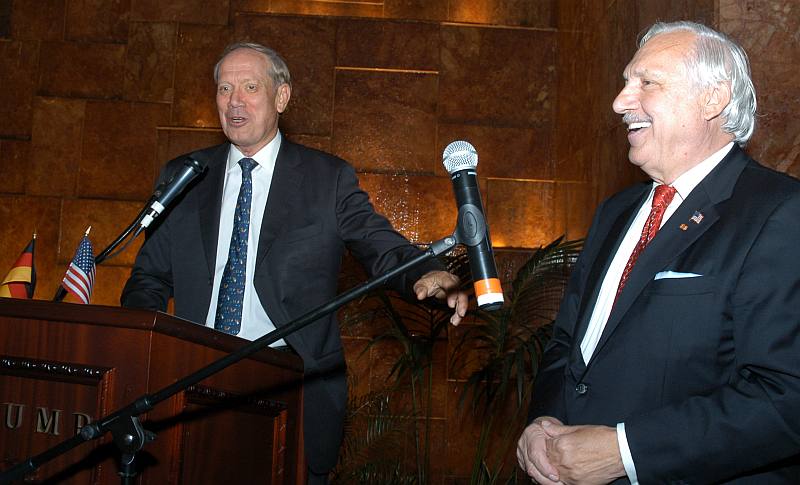 Inducted at this gala reception were: 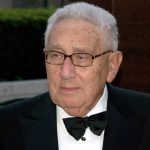 Dr. Henry Kissinger, who was represented by world renowned therapist Dr. Ruth Westheimer. A refugee from Nazi persecution, Dr. Kissinger was an esteemed Harvard professor and author, but became best known as the US Secretary of State in two presidential administrations. The Kissinger and Westheimer families both emigrated from Germany to the Washington Heights neighborhood in northern Manhattan. Dr. Kissinger was lauded by reception mistress of ceremonies Rita Cosby. 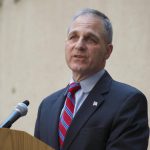 The Honorable Louis J. Freeh, the Fifth Director of the FBI and a former Federal District Court Judge, was recovering from a serious auto accident at the time of the ceremony and unable to join us. He was represented by his colleague at Pepper & Hamilton LLP„ former Federal prosecutor Joseph Guccione. Also praising Judge Freeh in his laudation was former US Attorney for the Southern District of New York Otto Obermaier, himself a German – American. 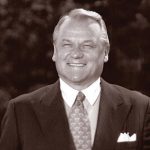 The late Heinz C. Prechter, a German immigrant and extraordinary entrepreneur, who began installing sunroofs in cars while in college. He developed this interest into the American Sunroof Company in Los Angeles, with eventual cumulative earnings in the billions of dollars. Mr. Prechter’s widow, Waltraud Prechter, a generous supporter of GAMHOF, accepted the induction honors on behalf of her late husband. Mr. Prechter was lauded by his son, Paul Prechter. Family members and friends of the Prechters attended, coming from many states. 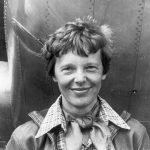 The late aviation pioneer Amelia Earhart, who was lauded by GAMHOF Genealogist Brian Andersson. Ms. Earhart earned the admiration and affection of all Americans when she became the first woman to fly solo across the Atlantic Ocean. In a remarkable effort to circumnavigate the globe in a Lockheed 10 Electra aircraft in 1937, Ms. Earhart’s airplane disappeared in the south Pacific. She was declared to be officially deceased in 1939, but her final flight and demise continue to generate investigative reports and questions to this day. 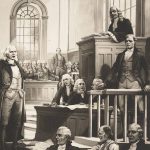 Nearly 270 years after his death, John Peter Zenger remains rightfully credited by historians, press freedom advocates and political scientists as the father of the First Amendment to our Constitution. An immigrant from Germany, Zenger was a printer, publisher, editor and journalist in New York City. His famous acquittal in a 1735 libel case involving then-Governor of New York William Cosby (no relation to our MC) expanded the ability of news organizations to write and comment freely on the actions and initiatives of public officials. GAMHOF Genealogist and former Commissioner Brian Andersson provided the laudation of Mr. Zenger.

A well-received segment of the GAMHOF program involved announcements of the 2014 GAMHOF Scholarship Essay contest winners. Three college and three high school winners were announced, in each category. GAMHOF Chairman William Hetzler presented a prize among college essays to the Family of Stefan Hugel, a Bucknell University student whose Long Island Family has long been involved in German-American activities.

The GAMHOF Induction Ceremony and reception was enjoyed by all attendees, and was an important financial boost for the German-American Hall of Fame. 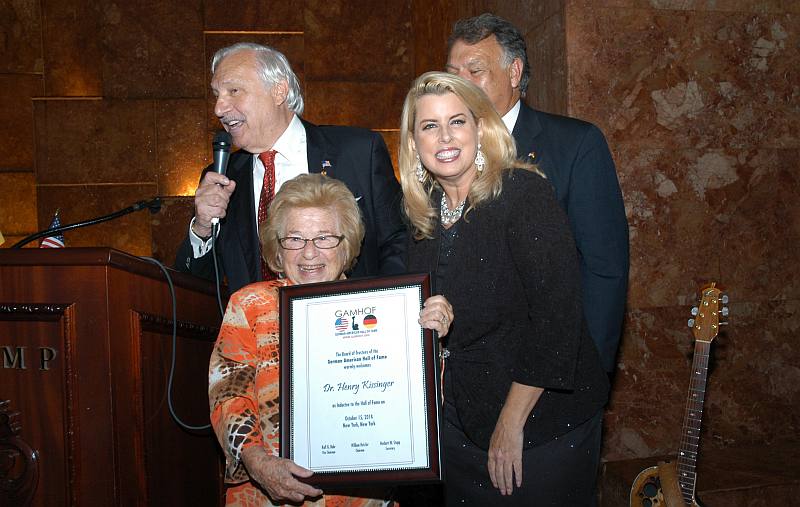 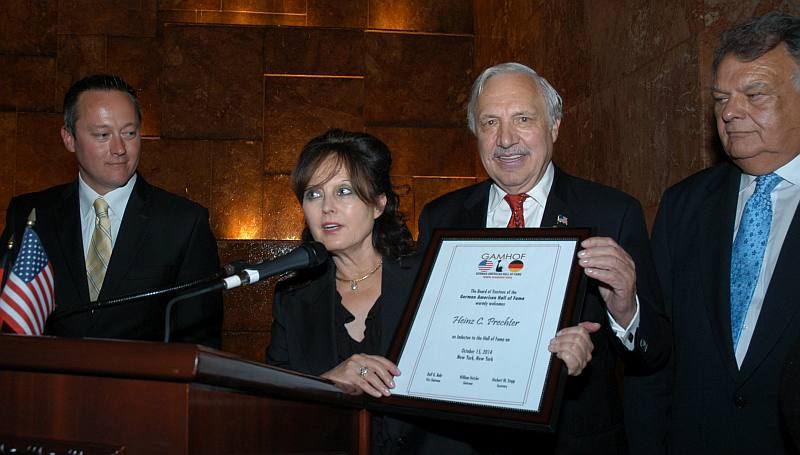 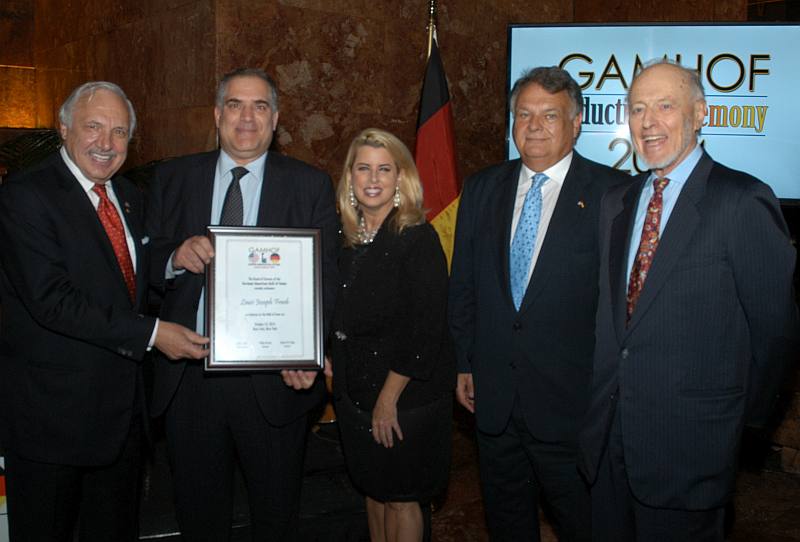 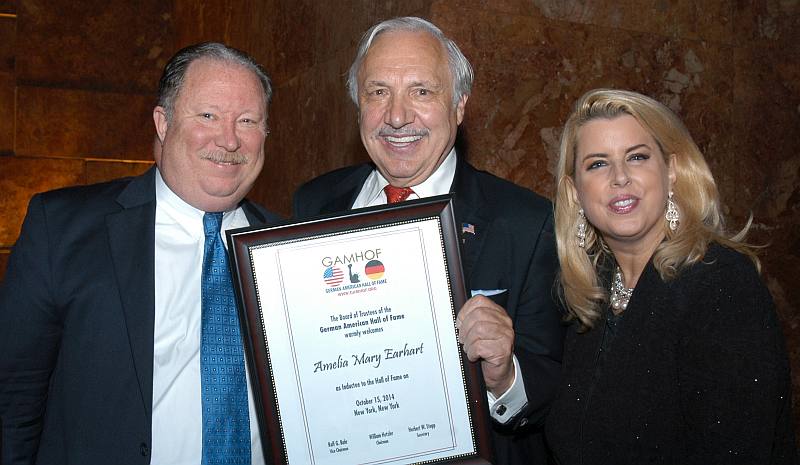 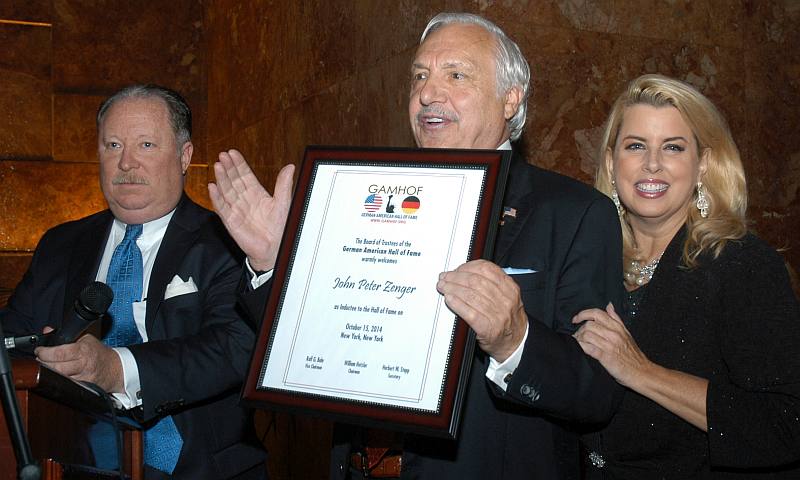