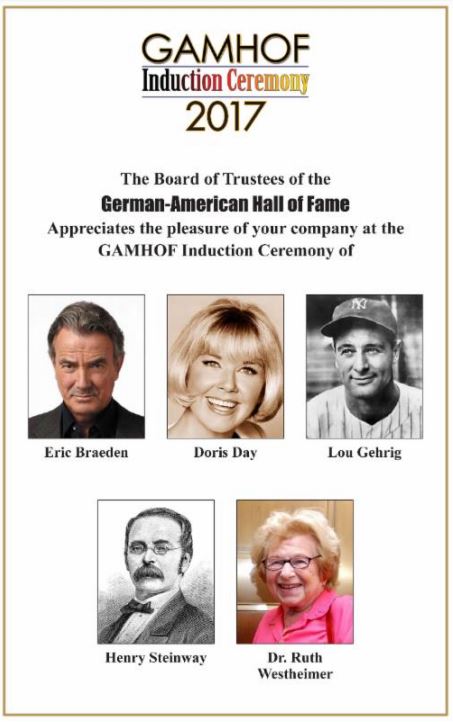 The German-American Hall of Fame (GAMHOF) hosted a reception and induction ceremony on June 15th in Manhattan’s Trump Tower. At this year’s induction ceremony, GAMHOF named the five outstanding Americans entering “the Hall” as the “class” of 2017.

Commenting on the proceedings, GAMHOF Founder and Chairman William Hetzler said: “All of us at GAMHOF are thrilled to welcome five such incredible achievers in to the Hall of Fame.

“The inductions of Eric Braeden, Doris Day, Lou Gehrig, Henry Steinway and Dr. Ruth Westheimer should illustrate to all Americans the irreplaceable impact of German immigrants and their families.”

Those being inducted in 2017 include:

Eric Braeden was born Hans Gudegast in Kiel, Germany in 1941. Making his way to the United States in 1959, he landed in New York, but soon made his way west.

Taking Eric Braeden as a stage name, he was tapped as a guest star in over 100 films, and began working as a young television actor on such series as Combat! and The Rat Patrol, among others.

Aside from a notable role in movie blockbuster Titanic, Mr. Braeden has starred as “Victor Newman” in The Young and the Restless network series since 1980, remarkable longevity for an actor in a television series. Braeden has won two “Emmy” awards, a “People’s Choice” award and other recognition for his craft.

Doris Day, born in 1922 near Cincinnati, Ohio as Doris von Kappelhoff, is one of the most iconic and beloved actresses and singers in the world. All four of her grandparents were German immigrants.

Starring in 39 films along with such leading men as Clark Gable, Cary Grant, Rock Hudson, Ronald Reagan, James Garner and others, Ms. Day was nominated for the “Best Actress” Oscar award.

She also recorded over 650 songs, including the unforgettable “Sentimental Journey” and “Que Sera Sera,” which won an Oscar. Ms. Day hosted the “Doris Day Show” on CBS television for five years, along with hosting several TV specials.

A longtime advocate for humane and improved treatment of animals, Ms. Day works tirelessly through her Doris Day Animal Foundation, which she founded.

Lou Gehrig was born in Manhattan in 1903 to German immigrants Heinrich and Christina Gehrig. Henry Louis (“Heinrich Ludwig”) Gehrig entered Columbia College, but despite impressive academic work, his strength and baseball skills were obvious. In a championship high school game, Gehrig hit a ball out of Wrigley Field in Chicago, an incredible feat for a 17 year old.

Gehrig set records for most runs batted in during a single season that still stand today. His streak of playing 2,130 consecutive games (some with broken bones) and hitting 23 career grand slam homeruns, have only been eclipsed recently.

When diagnosed with fatal ALS in 1939, Lou Gehrig delivered his remarkable “I am the luckiest man…” speech on July 4, 1939. It remains perhaps the most moving farewell speech of all time.

In 2000, millions of fans voted for the baseball “Team of the Century,” to be presented at that year’s All-Star game. Nearly 60 years after his death, Lou Gehrig was the top voter getter among all 20th century players.

Henry Steinway, born “Heinrich Steinweg” in Brunswick, Germany in 1797, became a carpenter and craftsman of fine musical instruments as a young man. Not long after revolutionary turmoil in Germany, young Steinway emigrated to New York in 1850. Along with his five sons, in 1853 he formed Steinway & Sons and began crafting masterpiece pianos in the United States, winning international competitions for excellence. His motto, “to build the best piano possible,” still rings true at Steinway & Sons, as they continue to create piano masterpieces each day.

“Dr. Ruth” is the best-known sex therapist in the world, and has gained international recognition through her appearances on TV and radio as a host and guest. She is the author of popular books and has been named the nation’s “most popular lecturer.” Dr. Ruth has also taught at NYU and Yale University.

The Mistress of Ceremonies at the GAMHOF induction ceremony was Emmy-award winning TV and radio host Rita Cosby. 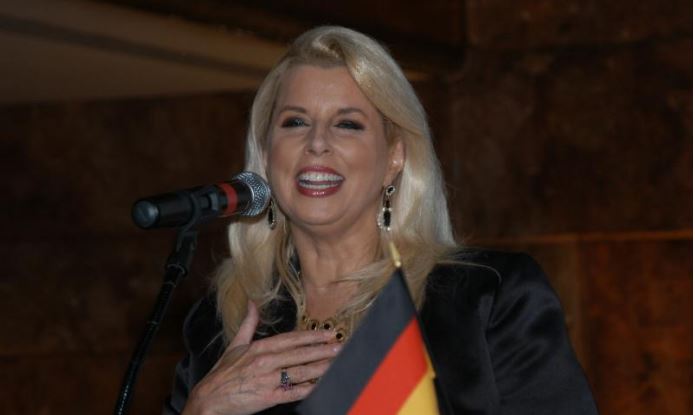 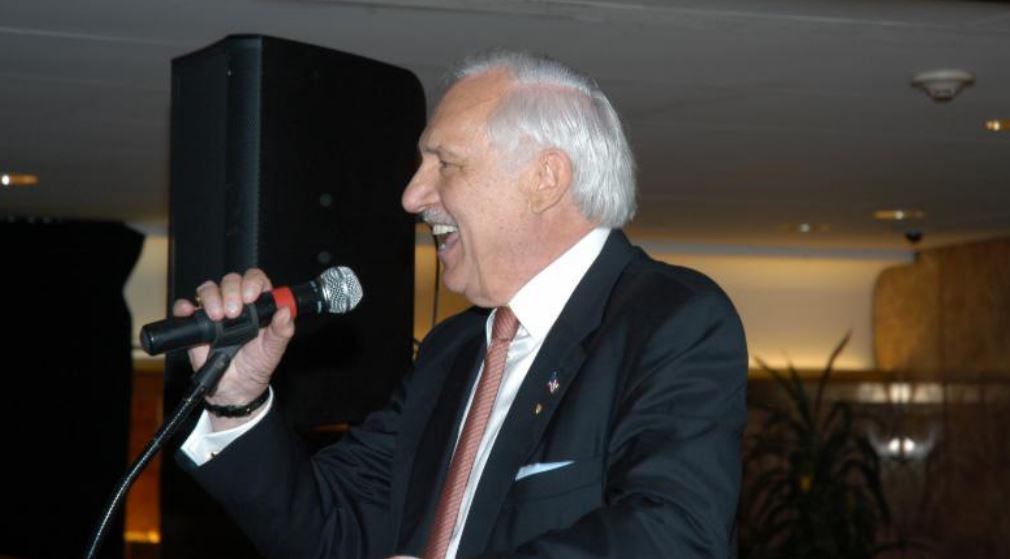 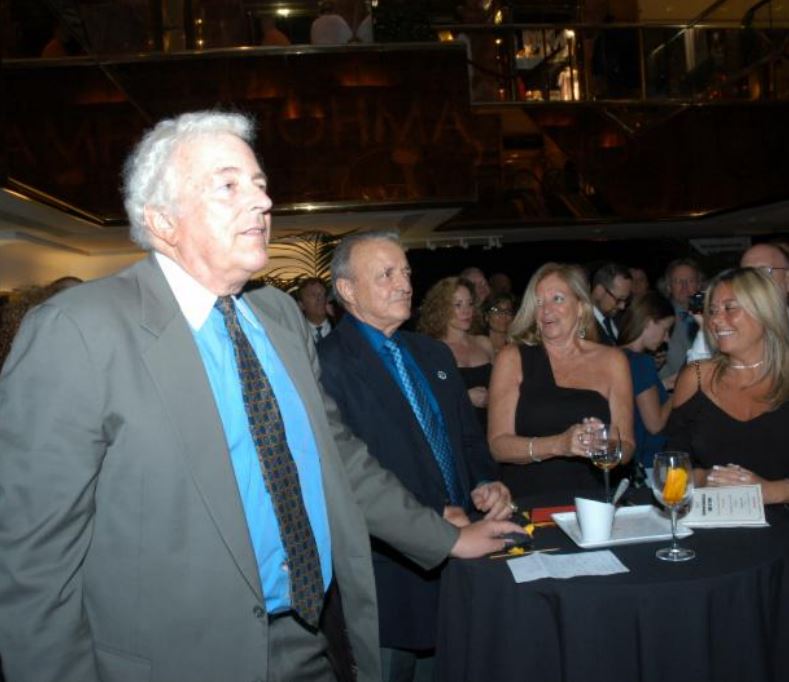 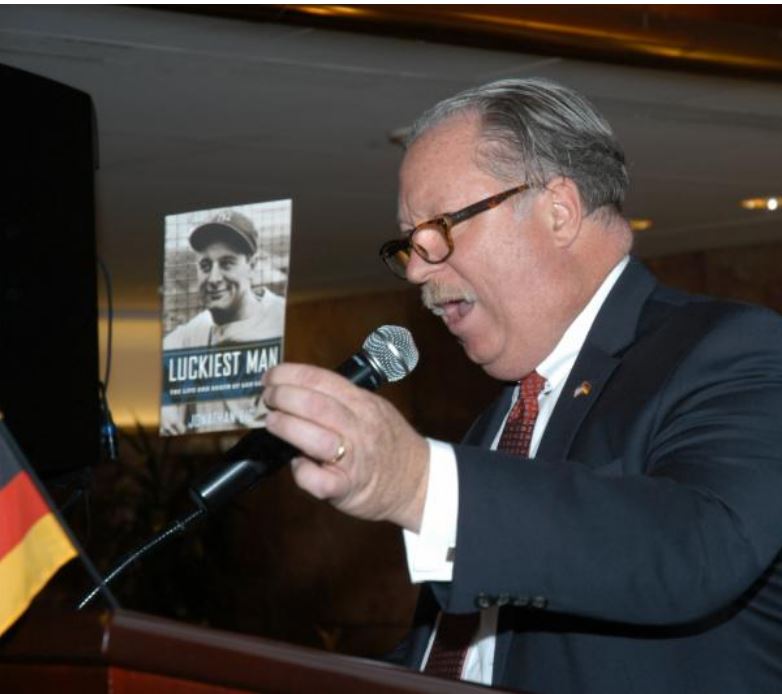 Eric Braeden delivered a moving speech, chronicling his path to Hollywood stardom from his boyhood in war-torn Germany to American immigrant, college athlete and much-heralded actor. 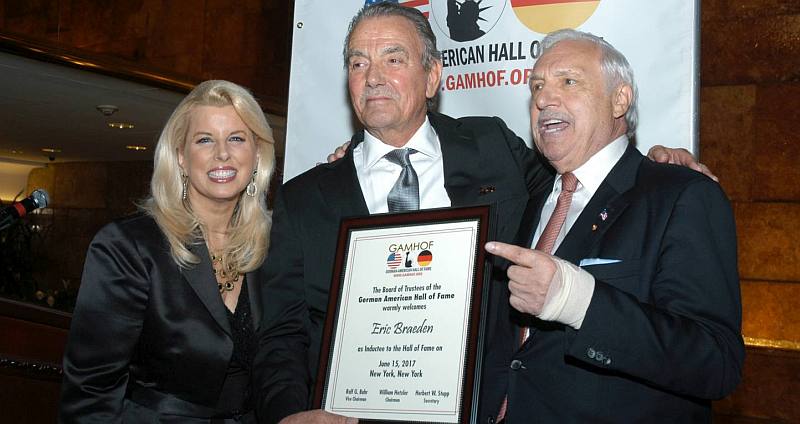 Not to be outdone in her remarks, Dr. Ruth urged those in attendance to take some of her therapy advice to heart later that evening! 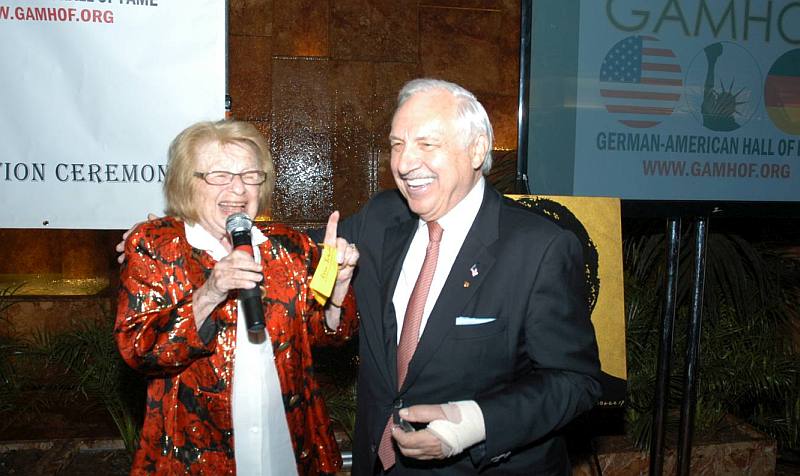 Accepting the Lou Gehrig Induction Award certificate on behalf of the New York Yankees was Tony Morante, the Director of Stadium Tours at Yankee Stadium. 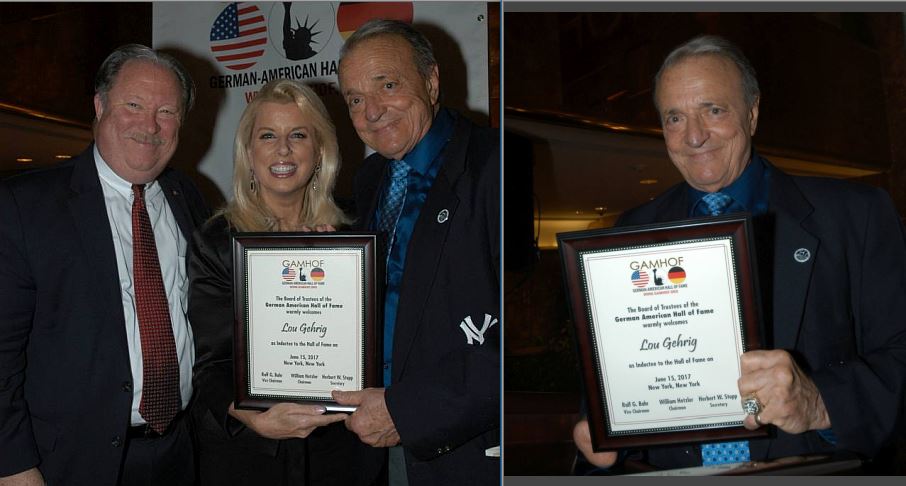 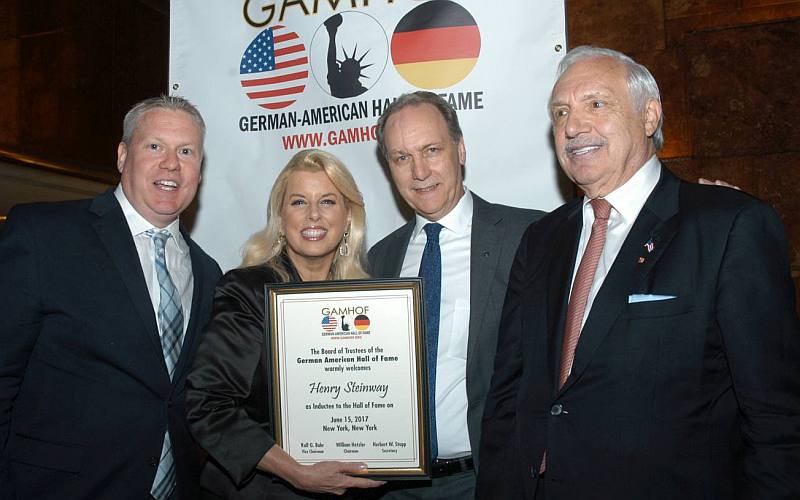